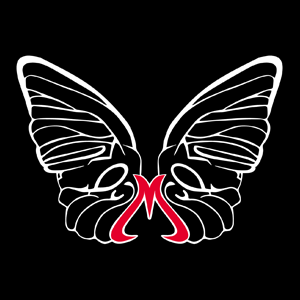 
[Karachi, 24th February 2016]: MStudio, an upcoming fashion brand for women, vows to liberate mind-sets and have a social impact on the current market of the country. In light of this vision, they have launched their campaign #InThePinkRoom, which highlights extraordinary women who we come across on a daily basis.


“The concept of ‘In the Pink Room’ is all about recognizing the not so average woman, who fights on a daily basis against social and cultural norms to achieve what she wants. We wanted to give them a virtual space where their struggle could be celebrated”, said Daiyaan Alam, CEO of MStudio.


In the first phase of the campaign, Monro Studio has highlighted the achievements of a few women they have identified as strong, ambitious and resilient.


“We don’t just want to highlight the Oscar winners and the physicists and the mountaineers. They are, no doubt, a source of immense pride to us on an international level. But we want to expand the criteria of appreciation to include many more women. We want to highlight that girl who defies societal pressure and says she will go into film making, even if she faces resistance. We want to encourage the girl who takes up mountain climbing with her friends, even though her family tells her it’s not for girls. We want to celebrate the Sharmeen Obaid Chinoys and the Nergis Mavalvalas who don’t get celebrated for being who they are.” said Sumbul Usman, Digital Representative of the brand.


MStudio urges everyone to send in nominations for women who inspire them so that they can be featured. The nominations can be sent on Facebook or via a tweet with the hashtag #InThePinkRoom


Following are the highlights of this wonderful campaign! 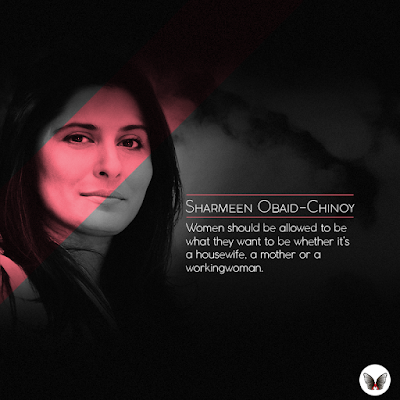 "My father told me that as long as I spoke the truth, he would stand with me – and so would the world, says Sharmeen Obaid Chinoy. With these words in her heart, she has always set the facts straight and backed them with her actions, maintaining fairness regardless of gender. On numerous occasions, Sharmeen Obaid Chinoy has painted a tragic picture of Pakistan while simultaneously making us proud. Her documentary, ‘Girl In The River: The Price of Forgiveness’, has been nominated for an Oscar and we have our fingers crossed hoping for her second win." 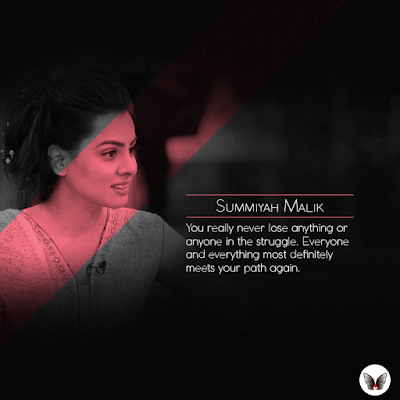 "Growing up in a society where women have to ask permission to be granted their freedom, Summiyah Malik defined it on her own terms. The struggle wasn't easy but to her, it was worth it. She is now one of Pakistan's pioneering dubbing artists and celebrated television hosts with numerous big projects under her belt. In conversation, Summiyah speaks not of the difficulties faced but rather stresses on the importance of defining your parameters and trusting your own instinct. Her message to others is simple; do what you think is right and make sure it comes from a place of love and above all do not compromise your self esteem for anything." 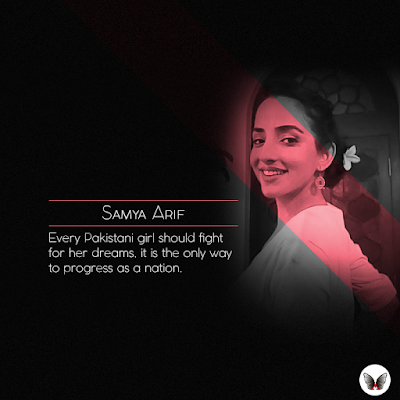 "With an optimistic outlook on life; Samya Arif, believes that the mindset of the average Pakistani is changing with more and more women now willing to break the stereotypes that they have been shackled against by society. Samya Arif herself has fought against those limitations to achieve her dreams; gaining fame for her work as an illustrator and graphic designer both locally and internationally. Her art was recently featured in Coldplay's latest music video and created quite a stir amongst the young and old alike. When asked how to deal with the negativity usually presented on a silver platter, she replied, that getting upset and rebelling may work at times but it's easier to open a dialogue of reason and make the other person understand her point of view." 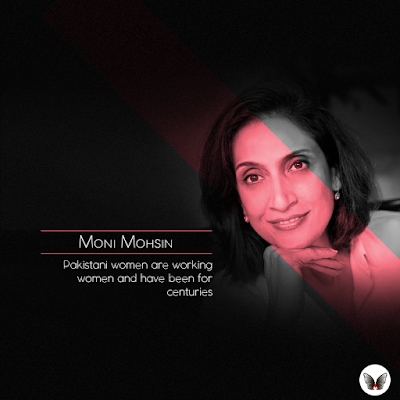 "Speaking up for the cause of working women, Moni Mohsin addresses the deep hypocrisy that our society has been enveloped in. Women all over the country have worked in fields, they work in factories, in schools, in hospitals, in beauty salons, in their own homes, in other people’s homes, in brick kilns, in bazaars and in offices. They may not always be paid but that does not mean that they don't work. They are not excused from their chores from home either; they come back from their day jobs and start their second shift. According to Moni, the one thing that needs to change in this country is the way women are perceived in this country, they should be considered equal with the same rights and opportunities as men." 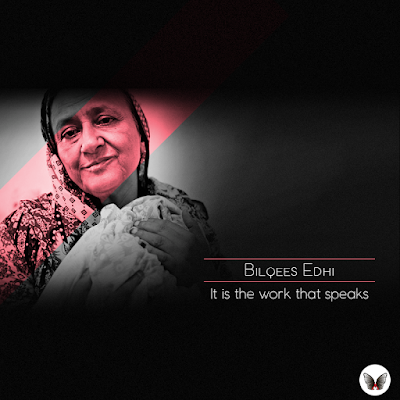 "Bilqees Edhi has lived her life with one simple aim, to help those who need it.Her warm personality coupled with her strong work ethic has earned her the recognition she deserves both locally and abroad." 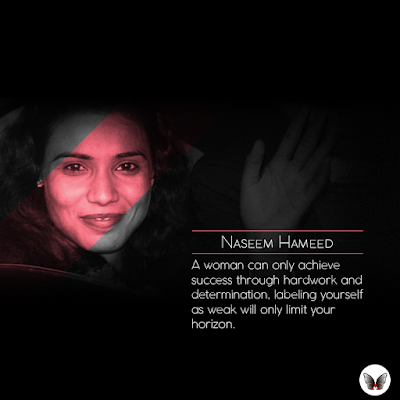 "Queen of Track, Naseem Hameed has put Pakistan’s name on the map; time and time again but success has not always gained her the respect that she deserved.After being let down by her country men and government, Naseem has doubled her efforts to help provide those like her with the support she never received. She is now giving back to the community by training the underprivileged children of Korangi and as a coach at the Aman Foundation."

Our world is full of strong, powerful women that we look up to. Share the story of your personal heroes with us using #InthePinkRoom.

For more details about the campaign,

March 01, 2018
Image source: Google WordPress  is one of the most popular and user-friendly Content Management Systems which has taken the web design and development industry by storm. We know from data that  29.6% of all websites are developed using WordPress  and the number reaches over 60% when we talk about CMS based websites. It is free, easy to setup and has countless themes and plugins available that has made the whole process doable for people even without basic programming skills. From setting up blogs, to company websites and to ecommerce stores, WordPress has given power to its users and has made them hooked because of its active community and accessible support. If you are new to WordPress, see these guides for  WordPress installation  and  Plugin installation . We see a similar trend of using WordPress Framework in South Asian Countries and due to the high demand of various features, plugin development has become a high growth career option. WP Users prefer to attain various
Read more

November 08, 2017
Image source: Google Technology is responsible for a lot of changes in our lives and the most important change of all is how we make money for sustaining ourselves and our families. With the increase in internet penetration and cheaper hardware costs, access to freelancing opportunities has become easier and we have seen a rise in people opting to work from home and providing products/services for a wider audience. For latest stats on freelancing, see here and here . I run a community for women who are connected to the tech industry and quite often we find our members asking questions about starting a freelancing career. We have already done a couple of webinars on this topic, but I thought it would be a good idea to create a blog-post that can help people in setting things up for starting their journey as a freelancer and a solopreneur. Before moving to the step by step guide, I want to give you some context to this blog-post, I started my freelancing career in Febru
Read more

August 20, 2017
Image source: Google (Title is inspired by Lessons Learned in Software Testing, a book by Bret Pettichord, Cem Kaner, and James Marcus Bach) Back in December 2009, I started my career as a Jnr. Quality Assurance Engineer and my role was focused on testing the applications that we were enhancing along with the maintenance of QA processes, environments and servers. It’s been almost 8 years and my role has evolved into a strategy maker but implementing QA activities is still the most favorite part of my work. In January 2016, I was asked to teach a course on Software Quality Assurance to Computer Science undergrads and since then, I have taught three batches at two different universities. During this time, I have worked on revamping the course outline and have added some workshop facilitation techniques in our usual lecture style classes. This blog is documenting my journey to find strategies that work or don’t work while teaching this course and how I made sure to deliver some
Read more